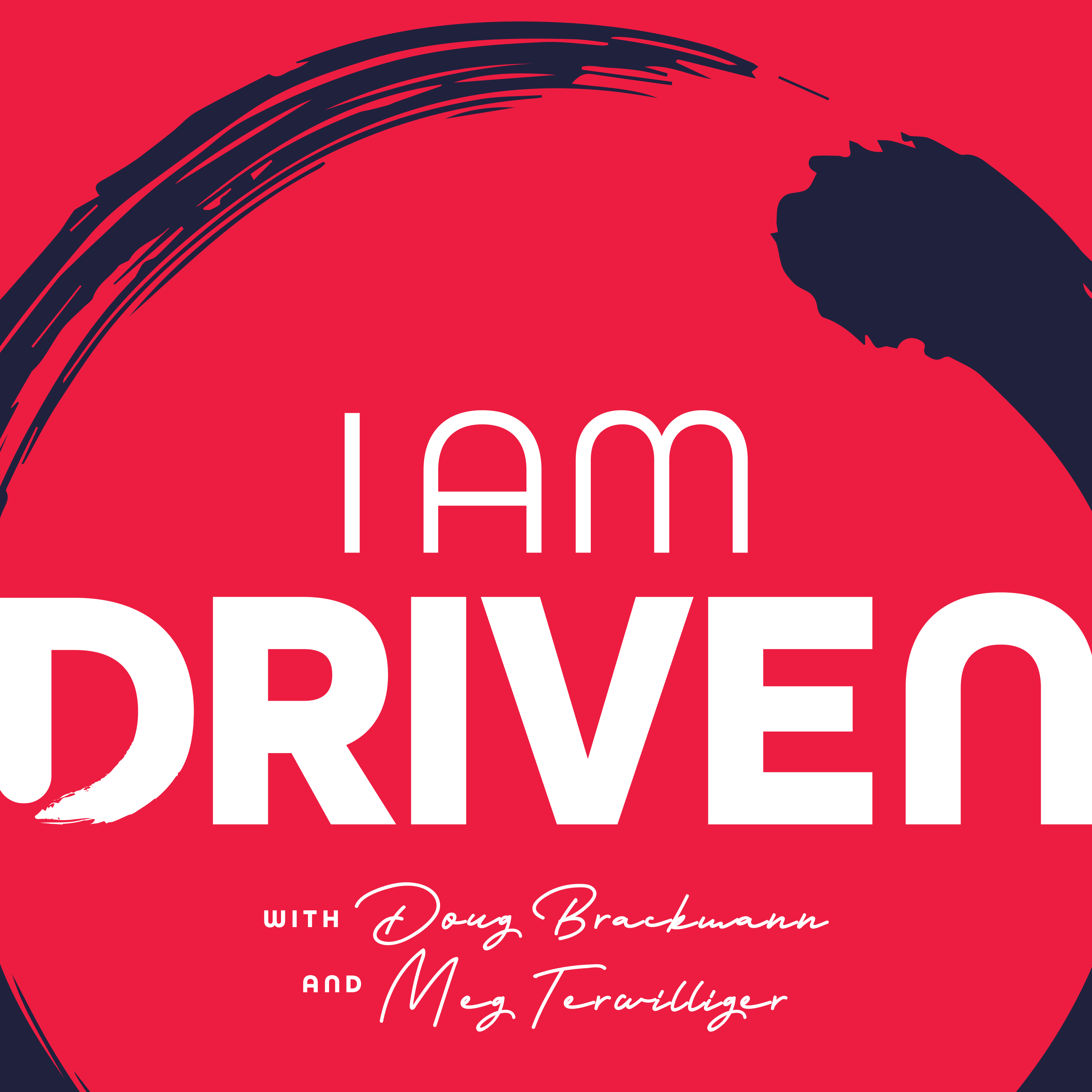 A United States Marine Corps Veteran turned serial entrepreneur and keynote speaker, Ben Taylor gets vulnerable on the podcast this week. Ben shares stories from the impact of his military service and entrepreneurial...
View Episode

From being overseas and leading covert intelligence briefings to orchestrating security programs for 4,000 Soldiers, Shelly Rood joins Dr. Doug and Meghan for this weeks episode. She share just some of the things she...
View Episode

The youngest podcast guest to date, Jordan Yusuanas started working with Dr. Doug while still in high school. He shares about his experience in discovering and channelling his drivenness, reframing his life to focus...
View Episode

Kenny Baker is a former professional and continued competitive road cyclist who also works with his business 51 Fitness, a holistic health practice with the idea of full body wellness. Kenny is a true driven who has...
View Episode

Neuroscience has shown that 95% of our life experiences are shaped by unconscious programs. Dr. Olga Stevko is a Russian MD who has created a unique and powerful methodology that allows her to identify and transform...
View Episode

Rebecca Boatman has worked with Dr. Doug through her transformation from girl to woman. As the founder of The Brave Movement, she has taken her training in emotional intelligence and helped transform the love lives of...
View Episode

Amber Setter practiced as an accountant until she decided to get her Masters of Arts in Leadership Studies and completed the Advanced Leadership Program with ICF. She works now as a driven herself coaching other...
View Episode

Ken Kladouris is a true driven who saw the lifestyle his uncle lived as a financial planner, and at a very young age decided that he would do anything he could to get to that place. Ken works in a unique position to...
View Episode

Freddy Silva is a leading historical researcher, specifically in the realm of temples and consciousness, who has written seven books and starred in fourteen documentaries. Freddy shares a lot of insights to how he has...
View Episode

Dr. Doug and Meghan break down the practice of patience and its difficulties being a Driven. Specifically in her current situation being 9 months pregnant, Meg shares her experience being a Driven, expecting another...
View Episode

Aaron Doughty took the leap that most say they want to take, but few persevere through. We talk with Aaron about what Doug calls the sin of the feminine: Control. Aaron grew up with a controlling, narcissistic...
View Episode

Mike Koenigs has always challenged at least the pace of the status quo. As a leader of his current company, he helps people see what they do best, but he still wrestles with his Driven fear-fueled scarcity. Mike...
View Episode